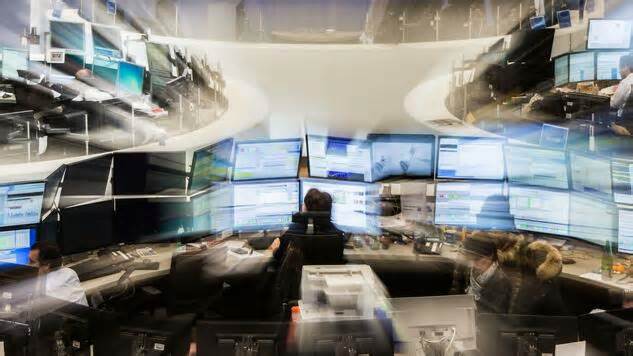 Friday saw broad-based risk-off moves, with equities and bond yields down sharply and the NZD and AUD tumbling to fresh lows.  Frothy sectors of the market, including tech stocks and bitcoin, saw big moves.  The nonfarm payrolls report was mixed, but most analysts don’t think it will get in the way of the Fed accelerating its tapering pace.

The nonfarm payrolls report was another mixed bag.  Employment growth in November was much weaker than expected, at 210k (550k expected), notwithstanding modest upward revisions, totalling 85k, to prior months.  In contrast, the unemployment rate, which is calculated from a separate survey of households, dropped from 4.6% to 4.2%, even with an increase in the participation rate.  Wage growth was slightly softer than expected, at 0.3% on the month, although the average hourly earnings measure can be distorted by compositional changes in the labour force and the timing of the payrolls survey.  Released after payrolls, the ISM Services index hit a new all-time high.

Looking through the month-to-month volatility in payrolls, the broader picture is one of an exceptionally tight US labour market, as illustrated by record job openings, surveys showing it has never been harder to fill jobs, and wage growth at its highest level since the GFC.  Against that backdrop, the consensus after payrolls is that the Fed will still go ahead and announce a faster tapering pace, likely from $15b per month to $30b per month, at its meeting next week, to give itself the option to raise rates earlier in 2022. The market fully-prices a ~90% chance that the Fed will raise rates by June next year.

The Fed’s recent hawkish pivot and the emergence of the Omicron variant are among the factors weighing on risk appetite.  It was another down day for equity markets on Friday, with the S&P500 off 0.85% and the EuroStoxx 600 index 0.6% lower.  The VIX ended the week above 30, symptomatic of increasing uncertainty.

However, the real point of weakness was the tech sector, with the NASDAQ dropping 1.9% amidst chunky falls in the likes of chipmaker Nvidia (-4.5%) and Tesla (-6.5%).  The prospect of Fed rate hikes next year is seen as a headwind for highly valued tech stocks that have been favourites among retail investors.  Bitcoin – which some see as another indicator of speculative excess – saw a 20% correction over the weekend, although it has recovered to trade just below $50,000.

Global rates initially moving higher after payrolls, before reversing lower as the weakness in equities spilled over.  The US 10-year rate was 10bps lower on the session, to a 2½-month low of 1.34%.  Yield curve flattening remains the dominant trend as investors brace for Fed rate hikes next year.  The 2-year rate was down only 2bps, with little change in Fed rate hike expectations on the day.  The US 2-year continues to trade near its recent 18-month high.

The NZD and AUD both printed fresh year-to-date lows on Friday amidst the weakness in equity markets.  The AUD slumped 1.3% to 0.70 while the NZD was off 0.9% to around 0.6750, its lowest level since November last year.  Safe havens outperformed, with the JPY and Swiss franc both appreciating 0.3% and the EUR gaining 0.1%.

The CAD (-0.3%) fared much better than the other commodity currencies after a stellar Canadian labour market report, which showed a 153k increase in jobs and a 0.6% fall in the unemployment rate, to 6%.  The market ramped up its expectations for Bank of Canada rate hikes, with a January rate hike now priced at around 66% and five hikes in total priced in for 2022.

In the UK, MPC member Michael Saunders hinted that the BoE might hold off raising rates this month due to the uncertainty around Omicron.  Saunders observed that “there could be particular advantages in waiting to see more evidence on its possible effects on public health outcomes and hence on the economy”, with his comments notable because he is seen to be one of the most hawkish members of the MPC.  The market now prices only a one-in-three chance of a 15bps hike by the BoE this month, having been fully priced just two weeks ago.  The GBP closed at its lowest level in 12 months, around 1.3235.

There hasn’t been much news on Omicron, with markets waiting for scientific results on the severity of the variant and vaccine effectiveness.  US health expert Fauci told CNN “it does not look like there’s a great degree of severity to it”, while cautioning that it was too early to be definitive.  Initial data from a hospital in Pretoria, where Omicron cases have surged, showed hospitalised Covid patients were less likely to need to oxygen and were staying on average for shorter times in hospital.  However, the small sample size of the study (166 admissions and 42 patients in Covid wards) means it’s too early to conclude Omicron is milder than earlier variants.

In other news, China’s Evergrande announced its intention to restructure its offshore debt.  The over-levered real estate developer said it could not guarantee it could meet a $260m obligation, which is likely to trigger cross default on its $19b in USD bonds.  The Guangdong local government has sent a team to oversee risk management, effectively assuming control of the company.  Evergrande’s USD bonds are trading just over 20 cents in the dollar, so markets have effectively already priced in a restructuring/default scenario, and investors generally seem sanguine that the Chinese authorities can avoid the default turning into a systemic risk event.  Speaking on Friday, Chinese Prime Minster Li foreshadowed a cut to reserve ratio requirements, as the authorities continue with targeted and incremental policy easing measures.

In the domestic rates market, the key theme – like in offshore markets – remains yield curve flattening.  The 2-year swap rate traded as much as 5bps higher at one point on Friday, before turning lower, eventually closing down 1bps on the day, at 2.25%.  The 10-year swap rate was 5bps lower, seeing the yield curve between 2 and 10-year rates hit an 18-month low of 0.32%.  The market prices an aggressive series of rate hikes by the RBNZ over the next two years and then around 35bps of rate cuts over the following three years.

The market focus this week is likely to be squarely on developments with Omicron.  The key data release is US CPI on Friday night, where the consensus is for headline inflation to hit an almost 40-year high of 6.7% y/y and core inflation to reach its highest level since the early 1990s, at 4.9%.  Higher than expected inflation has been a key driver behind the Fed’s recent hawkish pivot.  The RBA meeting is expected to pass without incident tomorrow, with the key meeting – at which it will decide on what to do with QE – set for February.  Locally, there are partial indicators ahead of next week’s GDP release, where we have pencilled in a 7% fall in GDP growth in Q3.

NZD and AUD slump to fresh lows for the year 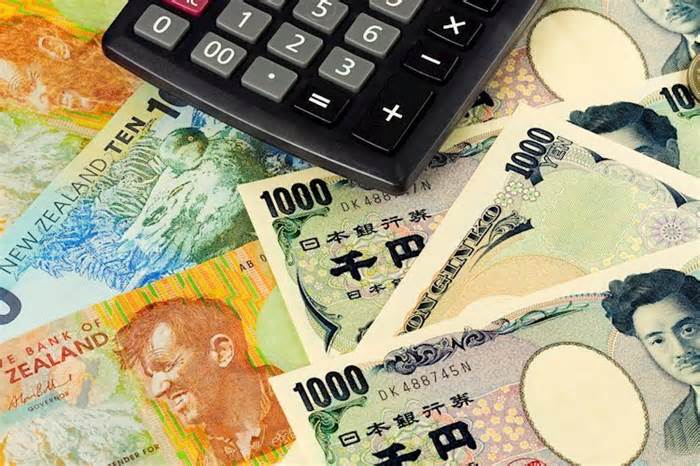 Read FxWirePro:GBP/NZD maintains bullish bias with focus on 1.9700 by EconoTimes

NZD/USD remains depressed below 0.6800, flirts with YTD low ahead of NFP

Read NZD/USD remains depressed below 0.6800, flirts with YTD low ahead of NFP by FXStreet

How might diverging approaches to the housing market affect AUD/NZD?

Read How might diverging approaches to the housing market affect AUD/NZD? by ig.com